Many Balgowlah residents are today furious as major bus network changes affecting school runs in particular caused confusion and disruption. It is claimed that several direct services from areas in Manly, Balgowlah Heights, and North Balgowlah without proper consultation or effective communication.

This evening a Transport for NSW spokesperson offered an apology for “the confusion and concern caused to parents and children as a result of changes  to school routes.”

The Department claims, however, that affected schools were informed via email in October and reminded last week.

A raft of communications efforts have been planned for tomorrow to avoid further issues and similar traffic woes with many lower Northern Beaches parents saying they were forced to cut work to drive their children when they would normally use public transport.

“In response to feedback from customers about changes to school routes, Transport for NSW will [tomorrow] deploy customer service staff to key locations on the Northern Beaches to assist students returning to school,” a spokesperson said.

“Additional buses will also be on standby to assist,” she said.

Detailed information on all changes will be online at www.transportnsw.info later this evening to assist parents route by route to understand how to plan their children’s trip to school, she said.

Balgowlah mum and local councillor Sarah Grattan said staple routes 788, 765, 687n, 660 and the 661 home had been cancelled without warning or consultation, leaving students from Manly, Balgowlah, Balgowlah Heights, North Balgowlah and Seaforth with route changes they were not prepared for on the first day back of school today. 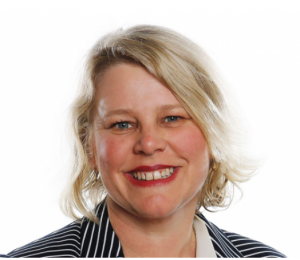 The Councillor, who is also a senior executive for UNICEF, had to drive a group of stranded children to school in North Sydney today and leave work several hours earlier to ensure their safe return home

It is 9:30pm and I have just learned, from the explosion on social media, that tomorrow there will be no school bus to take the kids to school from Balgowlah Heights to North Sydney/ Milsons Point.

My children, together with many others in the neighbourhood, no longer have a way to get to school using public transport, unless they now change buses at busy hubs or walk long distances with heavy school bags.

The 788 and 765 run in the morning to take kids to schools in Milsons Point/North Sydney  have disappeared. These buses were both heavily patronised with standing room only by the time they reach Mosman. The 660, 661 and 765 that bring them home again have also been cancelled.

In what universe do major changes like this not get announced, parents not advised, schools not advised and without any time or opportunity to make alternative arrangements? It is ridiculous and completely unsatisfactory. Not to mention a significant child safety issue.

There are junior school children aged as young as 8 catching these buses. Kids need time to absorb changes to their routine, be comfortable with new bus arrangements.

These buses need to be reinstated. And a proper consultation process must be undertaken.

This entire bus re-timetabling has been woefully mismanaged. Similar issues are no doubt facing other communities across the beaches.

This comes on top of misleading statements being shared with the community regarding supposed Council approval of changes – when in fact no consultation was undertaken with Council staff and no notification of these school bus changes were advised. Formal correspondence will be forthcoming on this issue.

The traffic tomorrow morning is going to be a debacle. There will be kids left at bus-stops waiting with no idea of how to get to school.

I expect a full communications campaign to be rolled out to all school opal card holders and their families immediately, outlining their options for how on earth they are going to travel to and from school.

I look forward to your urgent response.

Another local mum, Joselle Briley, said there was now no school bus service to North Sydney or Milsons Point.

“I’m not comfortable for my primary school-aged child changing buses at Seaforth or Neutral Bay.

“I understand that keeping all of the city services would be very expensive, however, getting children safe to school should be a priority. Hundreds of additional cars on the road each morning!”

Several residents have mourned the loss of other direct services such as the 132, and there have been ongoing concerns over the scrapping of 171X between Balgowlah Heights and the city.

“Customers wishing to make this trip can catch new route 162 services, operating up to every 10 minutes during peak periods, and transfer to route 172X services at Seaforth or route 150X services at Balgowlah Golf Club,” Transport for NSW has been advising residents.

Essentially most (if not all) direct to City or North Sydney buses servicing the Balgowlah region have been gutted, replaced with what we’ve seen Transport Minister Andrew Constance refer to as “hub and spoke model”, where buses feed into one interchange (in this case Seaforth) to go to other major hubs.

The locals are not happy, and Manly MP James Griffin is getting tagged on social media left right and centre with demands for explanations.

While Mr Griffin spoke in defence of the extra 2,000 services brought online from December (largely relating to increased services along major routes like B-line), he said changes to school buses were never part of the discussions.

“I am appalled that children returning to school have been left stranded in my community,” he said in a message. “This is entirely unacceptable that there has been [limited] communication to schools pr parents, or my office, that these bus services would not be going ahead or have changed.  I am working as a matter of urgency with the Minister for Transport and Transport Officials to have this issue resolved as soon as possible.”

While communications look to be improving for this major set of changes, there is so far no indication the changes themselves will be reconsidered.

Residents may choose to consider writing direct to the Minister for Transport and Roads through his portal on:   https://www.nsw.gov.au/nsw-government/ministers/minister-for-transport-and-roads    and as well as to Transport for NSW direct on https://transportnsw.info/contact-us/feedback/general-feedback.

If you live in a heritage listed property on the Northern Beaches you could receive up to $3,000 toward preservation and maintenance works, Council...
Read more
News

A notice of motion is once again before Northern Beaches Council this evening (23 February) to put in place a 24 hour/permanent alcohol ban...
Read more

Melanoma’s indelible mark:  why Shannan and James want to save your skin

Get ready to swap til you drop